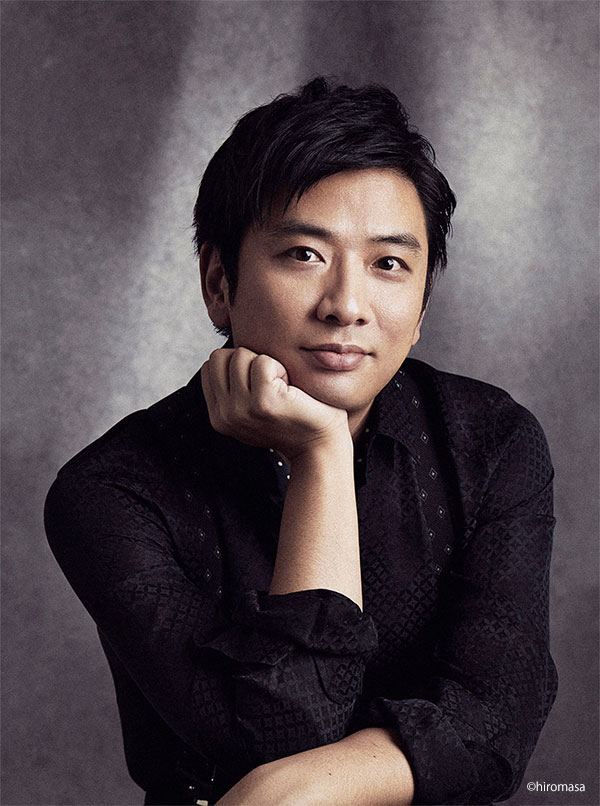 A chosen voice that conveys the spirit of song.”
(‘Front Runner’, Asahi Shimbun)

In April 2017, Daichi Fujiki made a brilliant debut at that hallowed institution of opera, the Vienna State Opera. In making his debut in the role of the Herald in Aribert Reimann’s Medea, which was composed for the Wiener Staatsoper and world premiered in 2010, Daichi Fujiki made history as the first Japanese, and East Asian, countertenor to perform at this venerable institution. His performance was enthusiastically acclaimed not only by audiences and media outlets of the city of music, but also in Japan. In 2012, Fujiki won the Hans Gabor award at the 31st International Hans Gabor Belvedere Singing Competition, and placed first in the vocal division of the Music Competition of Japan as a countertenor in the same year. In 2013, Fujiki made his European debut at the Teatro Comunale di Bologna after being selected for the role of Mannio in Gluck’s Il Trionfo di Clelia. His performances in concerts with major orchestras and recitals around Japan have been received with great acclaim. In 2017, Fujiki released his first album “All That the Man Left Behind When He Died” (King International). In 2018, he sang the theme song of “Hanalei Bay”, a new movie based on an original work by Haruki Murakami, and released his long-awaited major debut album “Plaisir d’amour” (Warner Music Japan), a duo with Martin Katz, around the same time. In February 2020, Fujiki starred in the successful new opera “The 400 year-old Castrato”, for which he received an offer from Tokyo Bunka Kaikan for producing the original concept as well as playing the title role. The event generated a large amount of buzz, even from before the actual performance itself. In October of the same year, he sang Oberon, the king of the fairies, in the New National Theatre Tokyo’s 2020/2021 season of Britten’s A Midsummer Night’s Dream, and the title role Bach Collegium Japan’s production of Handel’s Rinaldo. The unique beauty of Fujiki’s voice and overwhelming sense of presence charmed audiences, and cemented his popularity as an opera singer. In 2021, Fujiki sang the lead role of Akira in the world premiere of the Keiichiro Shibuya-composed “Super Angels” (libretto by Masahiko Shimada), at the New National Theatre Tokyo led by General Producer Kazushi Ono. His performance alongside the android “Alter 3” presented a revolutionary form of opera to the world.
Fujiki’s long-awaited new album “Song of Life (King International) will be released in November 2021.

As one of Japan’s highest-profile international artists, Fujiki is current activities range over a diverse repertoire from baroque to contemporary. He also is a guest professor at Senzoku Gakuen College of Music. Fujiki is serving as producer at Yokohama Minato Mirai Hall from 2021 to 2023.